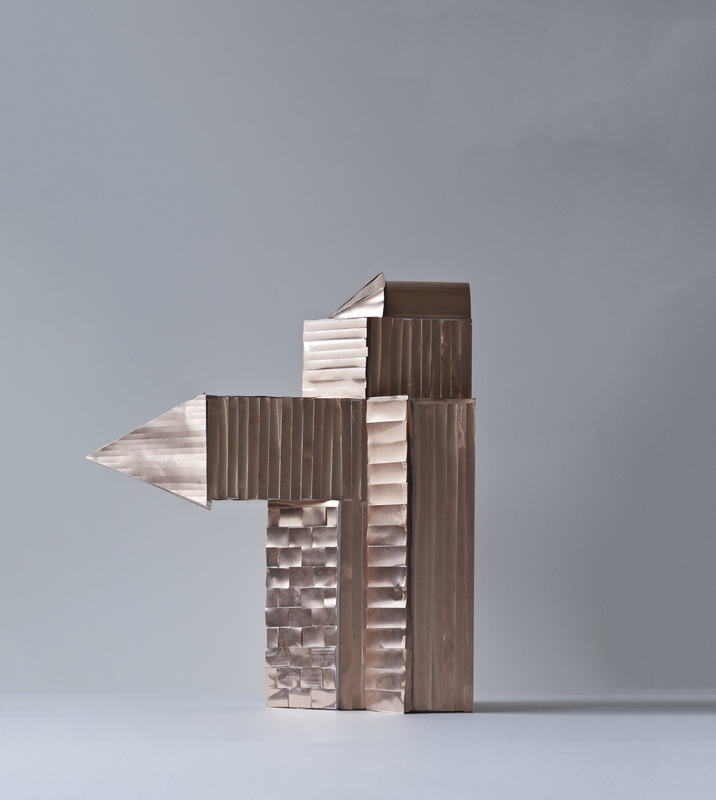 Matias Faldbakken’s proposal for the Museum Island is a copper sculpture based on the exterior shape of Old Aker Church (Gamle Aker kirke). The sculpture will be nine metres tall and stand on the axis of St Mary’s Church ruins and Akershus Fortress. The sculpture is placed on a floor of light-coloured concrete – a surface designed to function as an outdoor gallery. The church form is erected vertically on what would have been the west wall of the original church’s footprint.

Old Aker Church is the city’s oldest standing building. As a teenager, Edvard Munch repeatedly used this church for his formal drawing and painting practices. The church is also the motif of his first oil painting. Faldbakken’s sculpture connects Oslo’s history, its architecture and the ongoing urban development of the city, of which Bjørvika is a vital part. It represents the merger of an existing ground form in Oslo with the most basic form used by Munch in his practice as a painter.

Faldbakken’s church brings attention to the fact that spaces for metaphysical surplus and speculation are not included in contemporary urban planning, whereas a spiritual common ground was the most public of concerns in earlier times. Furthermore, THE NERVE puts Edvard Munch’s earliest painterly impulse in dialogue with the new Munch Museum. THE NERVE acts as a reminder not of the masterpieces in the Munch Museum’s collections, but where it all once began.

Matias Faldbakken (1973) is a writer and visual artist based in Oslo. He works across a wide spectre of media in a practice characterized by deconstructing and undermining forms, experimenting with language and altering ready-made objects. His practice reflects a strong interest in referencing modern and contemporary art history, popular culture as well as literature. He has an extensive international history of exhibiting. His works are included in public collections all around the world.

The proposed artwork makes use of the entire island and includes both a sculpture and a landscape designed as a white cube. The materials used are steel (U and H beams), copper, tiles and light cast concrete. The dimension of the sculpture is 4.4 x 9 x 8.5 metres.