The Technology of Silence 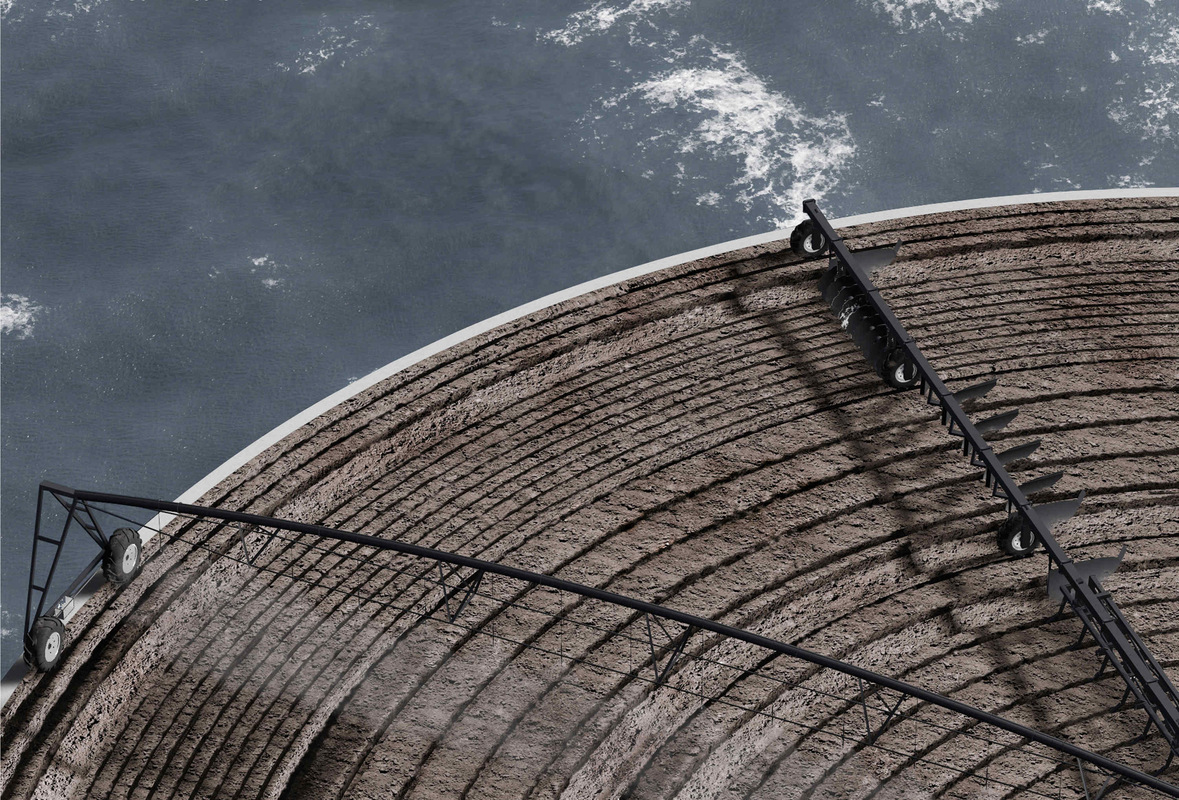 The Technology of Silence consists of the design and building of a plantation island where a mechanical plough and irrigation system will work in tandem, eternally preparing the ground for a harvest that will never come. The project inscribes itself in a line of research followed by Villar Rojas, reflecting on the countryside as an agricultural ecosystem in deep articulation with urban areas and in the context of what is known as the Anthropocene, viewed as the period during which human activity has been the dominant influence on the environment. This mechanical arm eternally ploughing an “artificial island” represents the trace of human activity on the planet.

The proposal includes three key elements: a mechanical plough constantly moving its arm in semi-circles; soil extracted from the south of the Norwegian agricultural region; and an irrigation system extracting sea water to constantly nurture the plantation, placed on the artificial island itself. No seeds will be added, leaving this plantation to organic local elements such as spores, flying seeds and animals reaching the platform at random, or by the forces of nature.

A non-stop ploughing and watering machinery working forever to produce nothing but grooves on the soil in the midst of the city landscape is not compatible with the logic of instrumental reason. Villar Rojas’s work can be seen as a silent monstrosity – or a silent scream, as Munch depicted more than a hundred years ago.

Adrián Villar Rojas (1980) is an Argentinian artist. He works with a production team that travels to form a nomadic studio for each new project and to whom he refers to as his "theatre company". His installation works utilize aspects of drawing, sculpture, video and music to create immersive situations in which the spectator is confronted with ideas and images of our imminent extinction. Rojas extensive international career is highlighted with his participation at dOCUMENTA(13) and in biennials all across the world.

The proposed artwork makes use of the entire island and transforms it into a plantation island. It includes an irrigation system, a mechanical plough, soil, a concrete platform and salt water. The work stretches out 105 meter from the new Munch Museum and is 35 meter at its widest. The mechanical plough has a length of 30.5 metres.